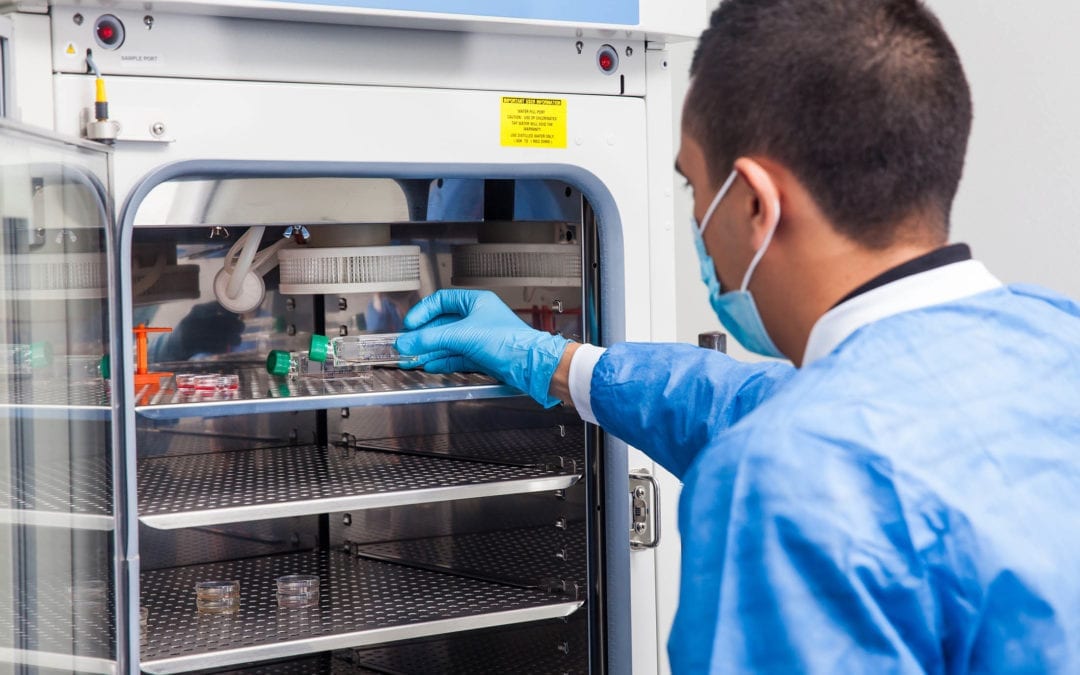 Temperature monitoring has become a big issue in many industries. Failing to have an adequate monitoring system in place can affect clinical trial outcomes. In some instances, as in the food industry, failure to properly control temperatures can result in fines and legal action.

Forget 9 to 5 – Laboratory Temperature Monitoring is a 24/7 Job!

When it comes to the laboratory environment, temperature monitoring is a full-time job. While there are many physical parameters that must be constantly measured (think humidity, pressure and air flow), maintaining consistent temperature is paramount to the success of clinical research. From lab freezers and refrigerators to instruments, incubators to specimen holding rooms, all must be kept at set temperatures and at all times.

If you know Murphy’s Law, that is “if it can go wrong it will,” then you know much can go wrong in a laboratory setting and estimating temperature is not an option. This is particularly true when dealing with in vitro tests of biological origin. These specimens are incredibly sensitive, so control conditions are very important.

What happens to lab specimens when temperatures are allowed to fluctuate, even slightly? Physical properties may change, for example the stability of reagents. The viscosity of aqueous liquids in patient samples can also increase or decrease as temperatures rise and fall.

Beyond patient samples, water, which is commonly used as a testing reference, also has different viscosity at different temperatures. And analytical methods, such as fluorometry, is very sensitive to temperature fluctuations.

The Effects of Faulty Temperature Control in an Experiment

The point of all scientific experiments is to demonstrate the effect of an independent variable on a dependent variable. In order to get accurate results, scientists must prevent outside influences (AKA confounding variables) from skewing the results. One common means of controlling variables is to maintain a constant temperature.

Without proper control variables, an experiment is subject to Type III errors. With this type of error, the researcher believes his hypothesis is accurate for the wrong reason. For instance, if he chose not to make temperature a control variable, then he may notice a change in the molecule’s structure and assume the chemical compound caused it. In reality, the change could very well have been caused by temperature fluctuations, not a chemical compound.

Now that we have discussed the importance of maintaining proper temperatures in the lab environment, let’s look at some of the biggest temperature control myths:

Monitoring Temperatures is Next to Impossible

There is no doubt that temperature control in a laboratory setting is challenging, but it’s not impossible, especially with the right monitoring system in place. For example, at cryogenic temperatures (-200^0 C), accuracies of +/-5^0 C can be done without too much difficulty, whereas +/-0.1^0 C can pose many challenges.

Not only do thermal gradients occur, they are, more often than not, the cause of measurement error. In fact, some control difficulties stem from thermal gradients in the materials being measured, especially when those materials have poor thermal conductivity, as with plastics, air, non-metallic solids and most liquids.

A simple example of this gradient effect can be experienced when measuring the temperature of a tall ice bath beaker. Notice the vertical temperature gradient of a few degrees.

While calibrated sensors can certainly help maintain proper temperature control in your lab equipment, they can and will have eventual errors over time. This is why it is recommended that you re-calibrate your sensors once or twice a year, maybe even more depending on your particular freezer or refrigeration unit.

Maybe. But maybe not. In our experience, we have found there is considerable variation in response time. For example, some sensors will respond to a temperature change within one second (even less), while others may take minutes. This is supposing your sensor equipment has been well-maintained. Non-optimized equipment could experience longer response times.

All Temperature Sensors are the Same

There are actually three common types of temperature sensors used in the clinical lab setting: thermocouples, thermisters, and RTDs. Each have their own set of pros and cons.

Regardless of which type of temperature monitoring system solution your lab employs, they all require proper maintenance and adjustment to bring and/or keep performance in line.

Let Scitech Lab Services Give You Peace of Mind

SciTech Lab Services is an Alabama State certified refrigeration contractor specializing in the sales, repair and maintenance of lab equipment throughout the greater Birmingham, Alabama area. We take temperature monitoring very seriously, so you can focus on your critical outcomes.

If you are in the market for a temperature monitoring system, or if your current system needs calibration, give us a call. We understand temperature measurements are an integral part of the day-to-day operations of your laboratory and will work with you to tailor the right installation and maintenance plan for your organization.

SciTech is hard at work meeting the increased demand for new/refurbished/used UTL-80 degree Celsius Storage freezers in anticipation of the release of the Covid-19 vaccine! Please contact us for immediate in-stock availability of ULT (-80c) freezers.